Oh, did I type that outloud?

Throwing in the towel…

I just don’t know whether to scream or crawl back into bed and cover my head till I feel like I can try again.

I am so tired.

My heart just breaks and aches. More and more each day.

The cries continue and I’m just helpless… and then I call out to the church and I become hopeless.

I’m a nobody, really.

No one listens to me.

Ship wrecked without a ship.

I guess that means I’m just a wreck.

Seriously – Really? Did you know that the word “Love” has three COMPLETELY different meanings? Well six actually in Greek, in which the New Testament was written – but God only referred to three. Do you know what they are?

And then there is the post from a well-meaning, (non-church going) small “c” Christian pointing out the definition of a hypocrite only to be shot down by one of their (hypocrites unanimous that is) Chief-Executive council members… the “God is so blessed to have me” guy… you know him… He’s the Children’s pastor at your church… or better yet – the Director of Ministry… maybe he’s the Associate Pastor or Pastor himself… ?

Point made… You know him.

Oh, did I not mention that the Chief-Executive member of the Hypocrisy club was indeed a family member…. ?

I don’t blame him. If that family represented all I ever knew about going to church… I wouldn’t go either.

They are chopping off the heads of Christians…?

Does anyone realize that – THAT is happening?

They threw Christians overboard on a freaking ship in the middle of the ocean?

Hello? Church? Are you there?

“…you have been grieved by various trials so that the tested genuineness of your faith- more precious than gold that perishes though tit is tested by fire – may be found to result in praise and glory and honor at the revelation of Jesus Christ.” (1Peter 1:6b-7)

We are being “tested” to prove our faith – and what are we doing?

It’s going to be a quick “revelation” if this continues.

Jesus won’t even need a rapture.

Well maybe when the church gets back from their “Spiritual” vacations to 3rd world beach cities… they call “Mission-trips”… we can all rally at the capitol until our Legislative body – that works for US – Does something.

Oh, there’s a thought! One little word that can bring about so much change…

Does… the act of doing… it is a verb… and for those of you in our new “common core” US curriculum, a verb is a word that means an action or “to do.”

And that would be to do more than just put a little fishy on your car.

The Bible talks about the word “do”… It literally says that we are to be “doers” of the Word… that faith without “works” is DEAD.

And from my vantage point we’ve got a lot of dead fish laying around stinking up the Church.

This ignorant, self-seeking, old-school twist on scripture actualities… stating that we just need to “love” (which is taken from the GK word meaning “self-love” or “Philautia” not referred to ANYWHERE in the Bible- but rather implied by the over zealous traditions of men – it basically is the Greek definition of being tolerant of everyone and everything – again, NEVER mentioned in the Bible, as a matter of fact- CONTRARY to what the Bible teaches…. yet quoted by many of today’s so called small “c” Christians.

“Just get along…” they say.

Satan unleashed this spuriousness as an attempt to steer people away from true evangelism into the Oprah-Winfrey mentality that we are in now… “Just eat it, you won’t really die…”

And we bought it hook, line and sinker! We didn’t just eat the fruit… NO….. we cut it up, put it on a plate and passed it around and called it the sinner’s prayer –

“Just repeat after me…”

“It would have been better for them never to have known the way of righteousness than after knowing it to turn back from the holy commandment delivered to them” (2Peter 2:21a).

You brood of vipers!

Don’t give me that “holier than thou, I have read the book, I know how it ends….” crapola either! Blaming a President that you allowed to be voted into office because you wouldn’t take a stand then – anymore than you will take a stand now.

That kind of “garbage mentality” didn’t work for the Pharisees and it won’t work for you either.

“You are those who justify yourselves before men, but God knows your hears. For what is exalted among men is an abomination in the sight of God” (Luke 16:14).

The reality of the fact is that we have churches that have become nothing more than a country club for members only – with annual dues larger than that of the swankiest of country clubs, complete with tennis courts and bowling allies.

So this god that you have created is a lowly, transient looking dude who listens to rock music so loud that it makes your ears bleed. He drinks excessively, smokes cigars with “the boys” and comes home to his wife and family when he’s done “ministering” with… uh… to others. He doesn’t involve himself in politics because he is tolerant of everyone and feels that everyone has free will to do as he so desires and after all, “all is well that ends well.” He most certainly wouldn’t tell anyone that they were sinners and going to hell because that would upset them. His desire to have as many friends as possible and to blend in with the crowd, so that he does not offend and that they will know he is a Christian because of his “love” for them…?

That’s what you call love? Sending someone to hell?

Being a freaking doormat while the world kills Christians?

But mostly it is unBilbical.

Before you tell me how judgmental I am – know this, throughout the Bible I am called to lead younger women to be women of God. I am called and PROMISED to be blessed if I turn just one of you little “c” Christians towards Jesus.

That is what you are called to do!

You can call me a hypocrite because of my past –  but you better have scripture and verse in hand when you refer to my now. Actually I’m not sure I was ever hypocritical. I knew I was a worthless sinner and didn’t deserve to live on this earth and most certainly didn’t deserve Heaven – so much so that I refused to go to church because I was afraid that was hypocritical. I put up with the abuse of my family and friends because I felt that I couldn’t do any better… hmmmm- actually that is most definitely the definition of a hypocrite – only we call it false humility – Not doing what you should because you feel that you are not “called” or worthy”- even thought Jesus thought your were worth dying for.

So I used to be a hypocrite – Now that I have claimed my sainthood through the blood of Jesus- the world and all the little “c” Christians in it, want to call me judgmental or arrogant – because I know that there is work to do and I am not too proud to say I’m not worth doing it- but I have been chosen to do it anyway.

So quit being such  a wuss.

So here is a thing or two you need to know about the Real Jesus.

He is the Holiest of Holies.

“He is the radiance of the glory of God and the exact imprint of His nature, and He upholds the universe by the word of His power. And after making purification for YOUR sin- [being beaten, bloodied, bruised and nailed to a cross that he carried more than a mile up a hill while bleeding to death and being beaten the entire way- so much so that his own disciples did not recognize him- for YOUR sin]He sat down at the right hand of the Majesty on high…” (Heb. 1:3-4a)

[Description added, because apparently you forgot].

And if you think for one single minute that it ends “well…” Then you don’t know Jesus at all. And you must not give a damn about the people in this world- including your family and friends…

“The one sitting on it is called Faithful and True, and in righteousness He judges and makes WAR. His eyes are like a flame of fire and on his head are many diadems… He is clothed in a robe dipped in BLOOD… The armies of heaven will follow Him… From His mouth comes a SHARP SWORD with which to STRIKE DOWN the nations… He will rule them with rod of IRON. He will TRED the winepress of the fury of the WRATH OF GOD ALMIGHTY…” (Rev.19:11-16).

Who is this warrior? This is Jesus Christ. And He is no wuss.

“On His robe and on His thigh he has a name written,

He demands your obedience and if you think you are going to simply skate into the kingdom on the wings of the angels because you said a nonsensical – nowhere in scripture- “sinner’s prayer,” but do nothing but attend your country club church and post what mean things are happening on earth on face book-

You’ve most certainly deceived yourself.

I pray your heart breaks. To the point where you cannot catch your breath.

I hope your sleep is disrupted and your bones ache because of your disobedience.

I pray you have visions of be-headings and hear screams for help – and you wake up with night sweats.

Then I pray you do something.

“Let us rejoice and exult and give Him the glory, for the marriage of the Lamb has come and His bride has made herself ready; it was granted to her to clothe herself with fine linen, bright and pure – for the fine linen is the righteous deeds of the saints” (Rev. 19:7-8).

David and I are answering the question of FOX’s Greta Van Susteren (“On the Record” 7pm on Fox)  as to why we are not marching to Capitol Hill,  by calling on the saints across the nation to join us for a peaceful, national march to each and every state capitol including Washington DC. 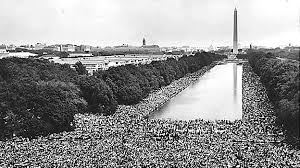 We hope to peacefully march through our cities and rally for the sake of religious freedom everywhere in the name of Jesus. All the way to the top steps of our capitol buildings where our Legislators sit and where we will kneel and pray, evangelize and worship.

Will you join us?

Email me directly at: Holly@Redemption3.com You can also get more information at www.Redemption3.com
480.229.2815
Blessings!
Follow Holly T. Ashley on WordPress.com

Oh! Did I type that out loud?